Last Thursday night, the Dallas Fuel played the Houston Outlaws in the Overwatch League. Going into the match, it was expected that the Dallas Fuel would destroy the Houston Outlaws because the Fuel was considered to be one of the better Western teams in the league and near the top in talent. The Outlaws then ended up crushing the Fuel 4-0 and it looked really, really bad for Fuel. There was no communication, a lot of bad playing, and just in general they did not look like a top tier team.

That night after the match Felix Lengyel aka xQc – a tank player for Dallas who didn’t even play in this particular match – got on his Twitch stream (which he has thousand of follower for and is one of the more notorious and/or popular Overwatch streamers) and insulted the main tank player for the Houston Outlaws, Austin Wilmot aka Muma. Muma is openly gay, and xQc’s insult was homophobic in nature. You can see the clip of xQc’s comment here. (Warning: Graphic language in this clip.)

This, of course, went viral very quickly. People immediately reported it to Muma himself who was also streaming, and he responded here:

I didn't say what I said on stream with malicious intent, I legit did not compute the whole thing before. I speak too fast, everything happens too fast. Everything is so fking trash lately. Hope I can turn this into something good, sorry @Muma

And Muma, still on stream, responded to the apology as seen here.

So now you’re caught on the sequence of events that happened Thursday night. Friday, the Dallas Fuel team and the Overwatch League were swift to respond to the sudden controversy: the Overwatch League fined xQc $2000 and suspended him for four games, but the Dallas Fuel team took it a step further and suspended him for the rest of the first stage of the season. Each season has four stages and each stage is comprised of teams playing twice a week over five weeks. Since this happened between Fuel’s game 3 and game 4, Fuel took it upon themselves to suspend xQc for an extra three games on top of the OWL’s punishment.

All of this happened very fast – over the course of less than 24 hours – and I’m very happy with both Dallas Fuel’s management and the Overwatch League in how fast they decided to punish xQc’s actions. They’re setting a quick precedent in their inaugural season that they’re not going to be accepting of this kind of behavior. Rivalries are all well and good, but there is a line to trash-talking and xQc very clearly crossed it. He got his punishment and maybe he’ll learn from his behavior.

But this leads into something else: at what point will the internet accept xQc’s apology?

You see, unlike the League, or even Muma (who actually gained a lot of standing in my eyes with how mature his response was in general) the internet doesn’t forgive and it absolutely doesn’t forget. Talking about xQc’s behavior dominated the OWL discussion through the rest of the week two matches. He had his supporters and Twitch followers who encouraged his behavior (since his entire stream persona is about being loud, aggressive, and angry) and told him the punishment was too severe. Then there was the crowd who called xQc trash and that the punishment wasn’t strong enough: they wanted him kicked out of the league entirely. There were very few who took both xQc’s actions and apology into account as well as Muma’s responses.

The internet has become it’s own judge, jury, and executioner. We’re living in a new world where the idea of “celebrity” is being deconstructed in front of our very eyes. Anybody who makes one mistake is instantly crucified and there is a large chunk of the internet that decides to hate a person on one infraction: one strike and you’re out. I’m not talking about the #MeToo movement and the sexual assault cases – that’s a completely different discussion – but in regards to other infractions like xQc’s. (Unfortunately, the #MeToo movement isn’t even above this – this past weekend Scarlett Johannson spoke out against James Franco, only for people to respond with “well, you’ve been in three Woody Allen movies, so you don’t have room to talk.” It’s sad, but again, another discussion entirely.)

The whole internet loves Milkshake Duck, a lovely duck that drinks milkshakes! *5 seconds later* We regret to inform you the duck is racist

For a while the term “milkshake duck” was batted about the internet in reference to this tweet. It was essentially pointing out the reality of how people will often rise to fame on the internet only to have something immediately be brought to light thanks to the power of the internet never forgetting. I think the best example is Ken Bone, the guy who immediately rose to fame for inexplicable reasons due to his appearance at the town hall during the 2016 presidential election. Shortly after his identity went viral, people unearthed reddit posts that put him in an unflattering light and just like that he was vilified by the same internet that had very shortly before adored him. 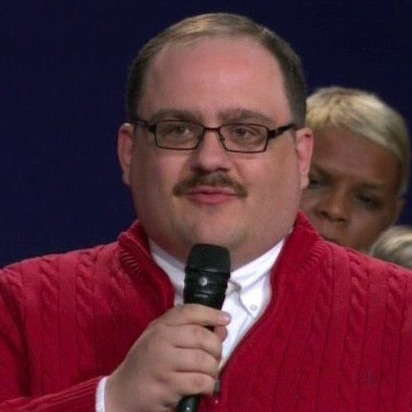 And it’s this kind of thinking that the internet fails on at a large scale. The internet as a collective has, thanks to social media, shifted to this unquenchable thirst for wanting to know everything. Fame has become relative in the age of the internet, you can become famous and infamous in the same breath. People who see your rise to fame feel it is their duty to go through all your dirty internet laundry to prove that you’re allowed to have that fame; if you’ve made one mistake you get roasted on a nuclear level and that fame is taken away.

I grew up with the internet before social media. I was taught that the internet was a scary place; that you had to hide your identity to make sure people can’t find you. You use crazy pseudonyms to keep your internet life and personal life separate. It’s why I’m TMan here on my blog and in my videos – an old habit from the old internet. But social media rose and now everybody’s internet and personal life are intertwined. Senators are held accountable for tweets. Private Facebook stories go viral. There was one story I heard about a video game streamer who had one of his followers show up without warning at his home address asking if he could stay with him for a few days because the streamer had given out that much personal information. It’s crazy.

The thing is, everybody makes mistakes. Nobody is perfect and we are all human. Before this information overload occurred where you have to Snapchat every fun time and Instagram every meal and tweet every joke that makes you laugh, mistakes would happen between people and it would stay between those people. But on the internet’s scale of righteousness, your mistake is for the whole public to judge. And everyone thrives on gossip and scandal. There are shows literally named Gossip Girl and Scandal that are insanely popular, for crying out loud.

So back to xQc and Muma. Muma’s response to xQc’s apology was this if you didn’t watch the clip: “I don’t really care. It’s mature of him to apologize. I still think that like, just being able to say sorry should only be able to get you out of a limited number of situations. But like I said, I’m also really not at all offended by what he said at all. I’m not gonna like hold it over him, it’s whatever.”

And I’m in agreement with him, not about xQc specifically, but how we should treat these kinds of mistakes as a whole. People can change. People can become better – it’s not just a movie fairy tale. Holding mistakes people make over them for eternity is a very petty and very internet thing to do. “Yes, this person does good things now but one time in a YouTube video five years ago they said a bad thing so I just can’t like them, sorry they suck.” We shouldn’t hold mistakes over people unless they make them over and over and don’t try to better themselves.

I, personally, don’t think xQc is going to change in the near future, though – he’s a 22 year old kid who has made his money and fame off of being the type of person that says and does toxic things. If you watch the initial video, you can tell he realizes he did something wrong almost immediately, so I do think he has the ability to change. But I also believe he’s not going to put in the time to think about it and there’s going to be more from him in the future. His money is made from being that guy that just says what’s on his mind, so sooner or later his mouth is going to get him in trouble again. That’s my opinion, anyway.

I’m open for xQc to prove me wrong, though. He’s not a streamer I like to watch, but he’s a part of the Dallas Fuel team with a streamer I do like to watch, so I’m ending up rooting for the Fuel anyway. I’m hoping that between his apology and the suspension that he’ll learn and do better, but who knows how it will go. I’m not going to hold xQc’s mistake over him and call him trash, but I’ll also be watching carefully and see if he actually makes an effort to restore faith. And I think that’s how people (and the internet-at-large) should work. Let people earn their forgiveness, but also be lenient on the judgement of their mistakes. Don’t be a one and done Judgee McJudgerson.

Don’t forgive Nazis or sexual predators, though. They deserve to have that held over them for the rest of their lives.