So if you listened to yesterday’s podcast episode, you’ll know that the Countdown Cauldron has moved from the 90-81 to 80-71, which means it’s time for another update on the blog! Here’s the next ten of my favorite games of the last decade, starting with #90! 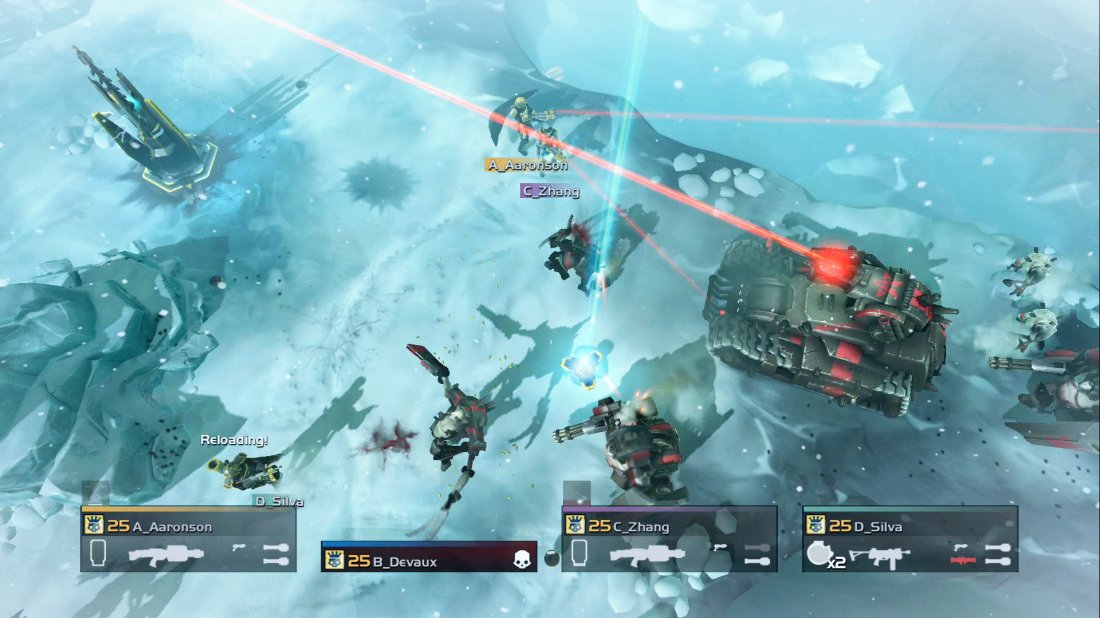 (Discussed on Make Me A Gamer Episode 60.)

A top-down, arcade-esque shooter where you land on planets and bring democracy to them by any means necessary. And those means are usually shooting or blowing up things. It’s tongue-in-cheek and friendly fire is always on, so the multiplayer experience makes this game what it is: a fun romp that if you take too seriously you’ll blow a blood vessel. You have to put in command codes to call down anything – from a resupply to reviving your friends – which adds another tactical layer to the game. Since you’re able to play both online and local, it’s an absolute must-have if you like frenetic co-op. 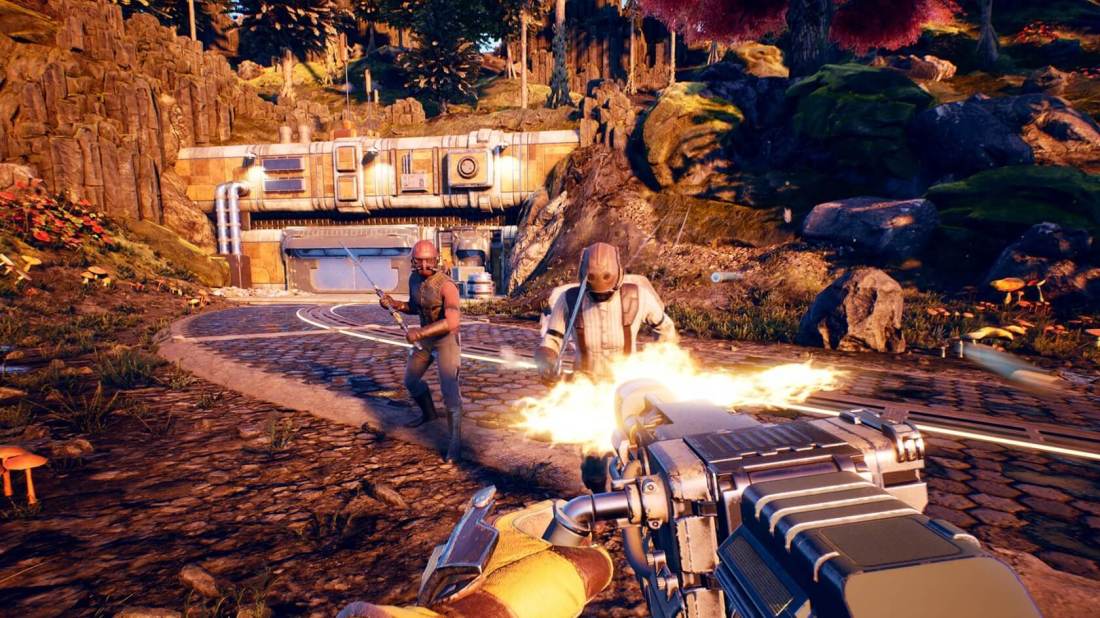 The Outer Worlds was my most anticipated game of 2019, and while it delivered everything it promised and everything I was excited about, for some reason it just felt…off. Parvati is one of the best companion characters Obsidian has ever created (and one of the best of all-time, honestly) and there was a lot of humor that definitely made me laugh. The idea that corporations had taken over a system and everything was branded seemed like it was the right kind of dystopia for skewering and ripe for storytelling.

But after ten hours or so of play it just felt too same-y. Yes, it was another game in the style of Fallout: New Vegas. But it didn’t add anything new, it was just that game again with a fresh coat of paint. Yes, the coat of paint was appealing and the way you get to pilot your own ship with your own crew is a great premise for an RPG – evoking tons of Firefly nostalgia – but I was still spending more time pulling trinkets and ammo out of random bins that I didn’t need than actually enjoying the game and the world. I want to go back and immerse myself in the story fully and finish the game because there are some good parts – and it’s worth this spot on the list – but it just could have been so much more.

(Discussed on Make Me A Gamer Episode 59.)

You’ll take your Uncharted clone and you’ll like it. No, seriously, you’ll like it. Yes, Lara doesn’t do much tomb raiding at all in this game. Yes, the graphic deaths are completely unnecessary and really feel more like they should be in a horror game and not an adventure one. And yes, Lara goes from ‘innocent’ to snapping enemy necks pretty fast. But it’s a competent action-adventure with an okay story and tight gameplay, with a few compelling characters as part of Lara’s crew. The crazy action set pieces aren’t quite as wowing as Uncharted but they’re still pretty awesome to play through. It’s not the best game ever, but you could do a lot worse.

This is another game that would probably have skyrocketed a lot further up my list if I’d finished it. Unfortunately I’m still stuck in purgatory with this game, wanting to go back to it and finish exploring the set of planets I have access to. But what I played of it was breathtaking and wonderful. It’s best to go into this game with as little knowledge as possible, but let me set the tone for you while trying to be as minimalist as possible.

You have your own spaceship and can explore anywhere in your solar system. Every planet is available from the beginning, you can go wherever you want. There’s a little bit of direction, but honestly The Outer Wilds is all about the awe of discovery. There’s no combat, the entire game revolves around your exploration and piecing together the knowledge you’ve obtained in your travels. As you figure new things out, new doors open up on other planets you’ve already been to. Sometimes there’s these light bulb moments where you go “A-HA!” as you figure out a problem you’ve been facing. The game is such an achievement in both storytelling and world design – it’s worth your time if you have it. I need to finish it – I know I say that a lot, but with this one, I really mean it. And you should play it too.

I’m not a huge horror game fan. My first real Resident Evil was RE4, when it turned to slightly more action-oriented horror. I enjoyed it, I enjoy games like Dead Space & Alan Wake where there’s spooky horror elements but it’s not existential dread around every corner. I’d never truly played the original RE2, but when everyone was raving about the remake I decided to give it a shot after it was on sale. And they’re right, it’s an amazing game. But good lord did it give me anxiety; especially since I refused to play it during the day and only played at night.

I loved how I was able to navigate the police station towards the end of the game, knowing its layout like the back of my hand and not needing a map. I hated how I would also have to keep tracking of Mr. X’s footsteps and his ever-present chase in the mid-game made my blood pressure rise about fifty points. I loved that you had to actually conserve ammo and choose to cut and run sometimes. I hated that zombies would break through windows and make areas I had marked as safe in my mind hazardous again. I loved the game, I hated the game, but I loved the game.

(Discussed on Make Me A Gamer Episode 59.)

There’s been a ton of iterations of You Don’t Know Jack, especially with the explosion of Jackbox Party games. But the 2011 version is my absolute favorite. The Wrong Answer of the Game is one the best twists to the game that kept me on my toes. I loved all the round animations (especially the 4our saga in the middle of the game). Screws were neat, the minigame variations on questions were fantastic, and overall it’s just the best quiz trivia game I’ve played. It’s irreverent humor lines up with my own and I knocked out every episode either by myself or with friends. 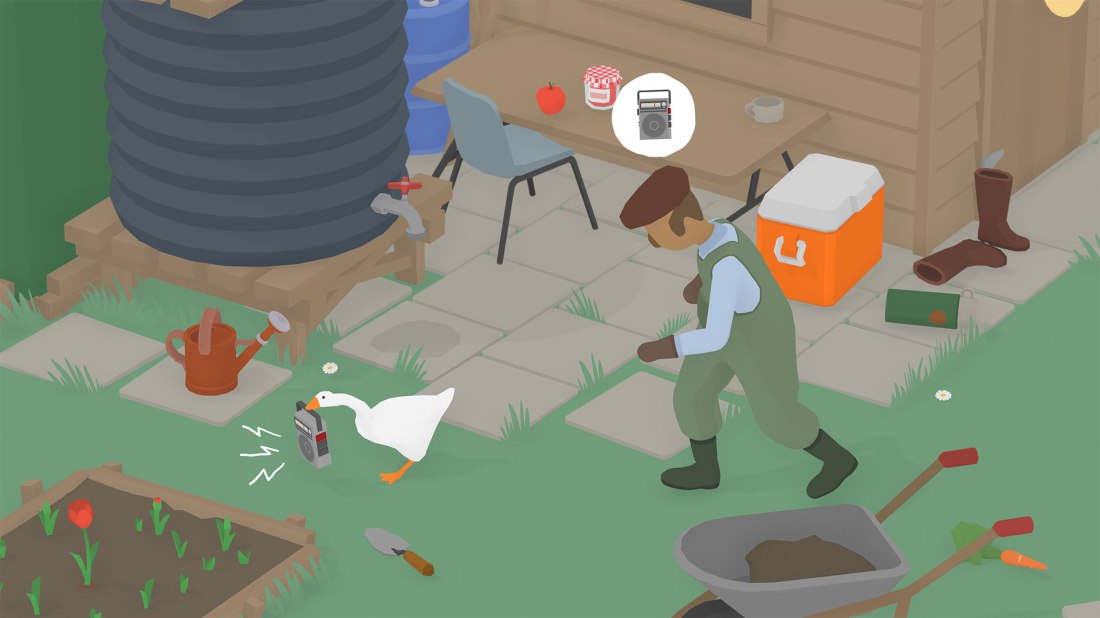 Is there anything else that really needs to be said about this one?

It’s been a minute since I’ve played this game so my memory is a little foggy about it. What I do remember is that this is a wonderful option-oriented RPG game that takes place in an interesting cyberpunk dystopia world. The biggest problem with the game that I can recall is that there are bosses you can’t skip even if you’re doing a stealth-based, non-lethal run (which I did my first playthrough). I remember Adam Jensen being a decent protagonist and it was fun to explore the different hub worlds.

Human Revolution was an open-world, freedom-based game before it really, truly became en vogue to do it in every game, so at the time it was great to have choices to make and then have the choices matter. While I’m foggy on the exact details of things like the story, what I do remember is that it was a well-made game worthy of a play if you skipped it when it originally came out. In fact, I’m talking myself into a replay of it as I type this. This isn’t the best write-up, but the game definitely left a good enough impression on me that I wanted it to be on my list. 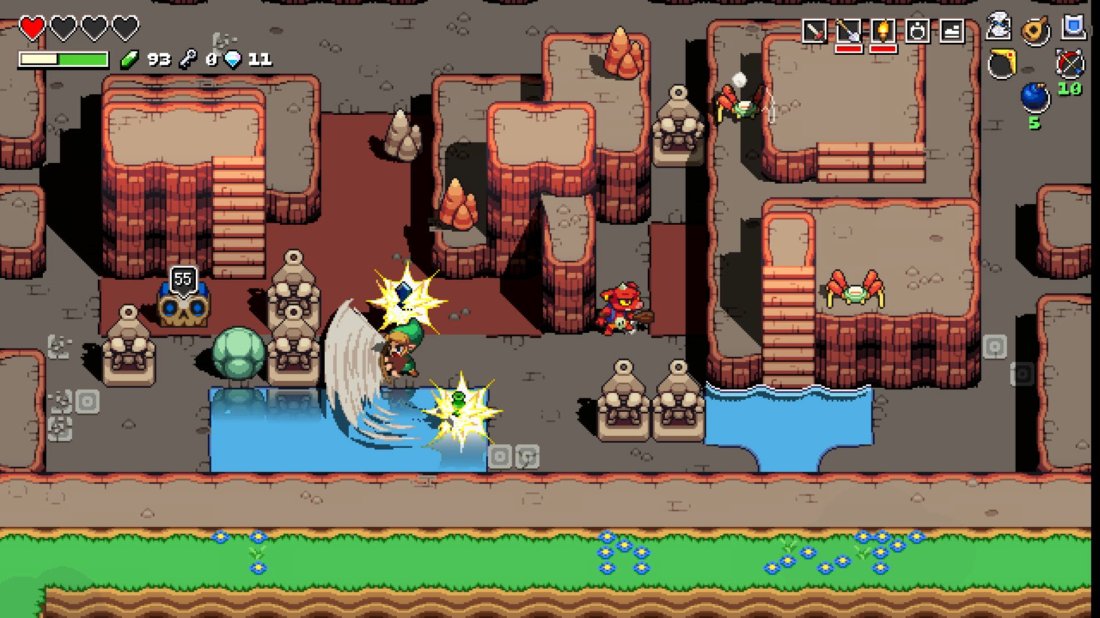 Cadence of Hyrule is what you get when Nintendo loosens its grip a little bit on its high-stakes franchises and lets a different team with a different idea play around in the world. What you get is the best Zelda in years (yes I don’t like Breath of the Wild, yes it’s not in my top 100) and some of the best Zelda music in years. Cadence of Hyrule uses Crypt of the Necrodancer’s rhythm-based roguelike battle system to perfection – creating an open Hylian world to explore to the beat of the music and four dungeons to make your way through before the final boss.

It’s generally short and sweet, but it’s so much fun and a lot easier to get into than Necrodancer was (and why it makes the list but Necrodancer doesn’t – I beat this one and didn’t get frustrated!). It also has accessibility options for people who are rhythmically challenged. And again, the music is just phenomenal – this kind of game lives or dies by its soundtrack and Danny Baranowsky absolutely nailed all his Zelda remixes. If you like Zelda and like roguelikes, what are you waiting for? Play this game (and rock out!)!!

Telltale games got kind of same-y after a while – “So-And-So Will Remember That” – but season 1 of their Batman series is some of the finest work they’ve ever done. I regard it highly because of two things: one, some of the choices you make actually DO matter and they change entire scenes and outcomes, unlike other Telltale games where the choices are much less influential. Two, they take the Batman universe and put their own spin on it – they don’t follow the comics/movies/any other continuity and instead choose to do their own thing.

The gameplay is solid (for this sort of adventure game) – in addition to the regular conversations and choice making as Bruce Wayne, you get to play detective as Batman and the action sequences feel less QTE than usual. The plot centers around staple characters in the universe: Harvey Dent/Two-Face, Selina Kyle/Catwoman, and Oswald Cobblepot/Penguin – but each character has a new unique twist on them that really changes things up, to the point that you don’t know what to expect. I enjoyed the story immensely – if you like Batman and have an open mind, this is one game I can highly recommend as a different, creative take on the IP.

And there’s another ten down! I know this particular set retread a lot of ground from 2019 but this is almost definitely the highest concentration of any one year in any set of ten.  Stay tuned for the next list where I’ll hit #80-71!