As always, thank you so much for listening and please leave us ratings and feedback however you’re listening to our podcast! Please stay safe out there and stay out of groups if you can!

This episode is coming to you a week late because…well, there’s been a lot of life happening this last week! But don’t you worry, this episode of Make Me A Gamer is fantastic anyway! Our hosts get down to business as they talk about the giant Resident Evil lady, whether to watch shows on a television or a computer screen, and they break down the hair style and fashion choices of Seymour from Final Fantasy X. And that’s not all, there’s even more in this jampacked episode. Enjoy!

As always, thank you so much for listening and please leave us ratings and feedback however you’re listening to our podcast! Please stay safe out there and stay out of groups if you can! 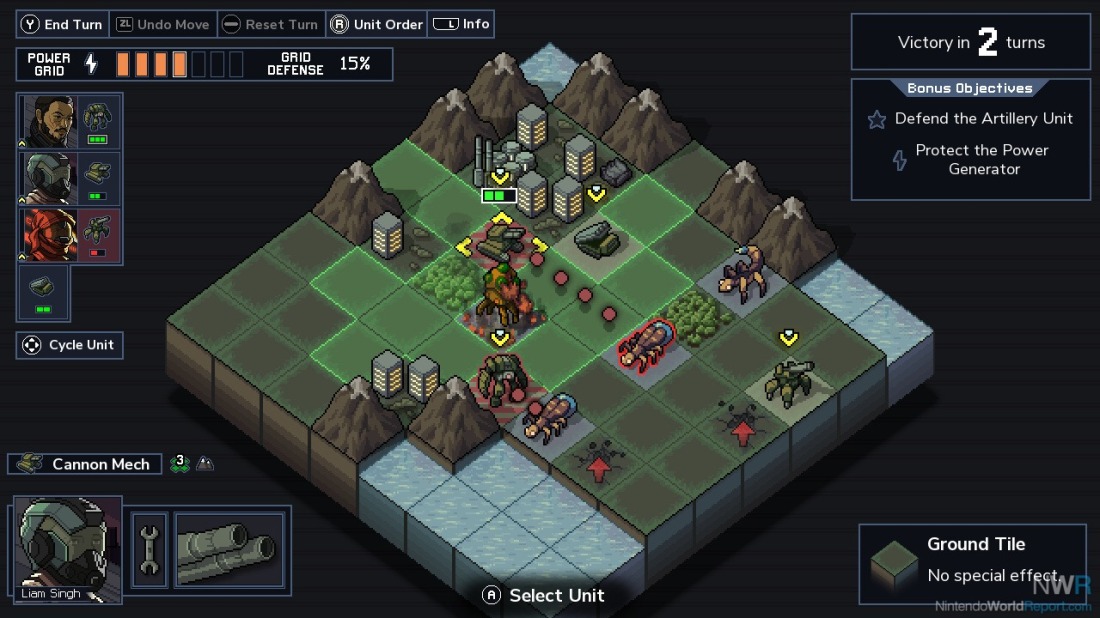 Have you ever wanted to fight giant bugs in cool mechs in a puzzling scenario? Well that’s what Into the Breach gives you in spades. There are several different squads of mechs you can unlock and if you feel like it you can mix and match them to your heart’s content. Every mech has their own advantages and disadvantages: it’s up to you to figure out how to use their abilities in the most efficient bug-killing way. Along the way you can get power-ups and pilot upgrades as well to enhance your abilities and give you more options in each tactical situation.

It’s more of a puzzle game than a tactics game because every round you will clearly see all the information: where enemies are attacking, where new enemies are spawning, what order all the moves will be in, etc. It’s up to you to figure out how to safely defend the buildings full of civilians from the bugs while not losing your mechs (or your pilots). The variations in mech strategy and the roguelike elements allowing you take on anywhere from two to four worlds per run for completion purposes give this game a ton of  addictive replayability.

This game was a perfect short burst game for me – before I got into other roguelikes, Into the Breach was my go-to “I have 30 minutes to kill let’s boot up a quick game of Into the Breach.” I keep meaning to buy it on Switch so I can also have it on the go because it’s a perfect game for handheld and travel. The combat puzzles you’re faced with each game are straightforward but still require you to think carefully and not act too fast, and that’s the kind of puzzles I like.

I have a very hard time pinpointing any flaws in this game as well. It may be close to a perfectly designed game. All the systems and restrictions work in tandem to form an absolute joy of a game to play. I never felt like the game was cheap or unfair and I never got frustrated because of a specific set-up because 10 times out of 10 it was my fault for moving too fast and not being careful about all my options. Sometimes a game just clicks with you and how much brainpower you want to put into a game, and this one was the Baby Bear just right fit for me.

One runthrough I got to the second phase of the final mission and I thought I was done for. From the very first round of the phase I thought I had an impossible task ahead of me. I’d taken too many hits already in the first phase; if the enemy got even one successful hit off on me they would deplete my power supply and I’d lose the run. And from first glance the enemies had boxed me into a corner and I was prepared to curse out bad game design because I was in a Kobayashi Maru no-win scenario.

But instead of gnashing and wailing I sat down and concentrated; I looked over every inch of the tiled map and weighed all my options. It took me a good ten minutes, but I realized there was one perfect way to activate all my mechs and survive the round. And I did. And then I did it again in the next round. And the next, until suddenly I was victorious and successfully blew the bugs to oblivion and saved that universe. It was one of the most satisfying victories I’ve ever had in any puzzle/strategy/roguelike game because it was a series of impossible scenarios where even one wrong placement would end me. But I made it through and damn did it feel good.

I love this game to death and can’t think of anything wrong in it’s design. All the mechs are fun, the enemies are varied, there’s plenty of goals and achievements to work towards (and they unlock more mechs in-game so they aren’t pointless trophies), and it’s got that addicting “just one more run” feel. And while everything about the game is solid, at its core it’s a very basic, light-on-story puzzle/strategy game. The mech dressing and universe appeals to me but it lacks the emotional punch games higher on this list have given me. I wouldn’t have considered it a flaw before, but a certain roguelike that will appear later on this list changed my mind about story in rogue-likes forever. But it doesn’t diminish the quality of everything else in the game – this is a must-have game if you have even an ounce of fun solving puzzles.

It’s already October, holy cow. Well in case you hadn’t noticed I’ve been a little busy in September as I launched my first podcast Make Me A Gamer with my pal Harvey Z. As such I haven’t had as much time to write articles – I’ve also been kind of saving some of the more interesting topics that I would normally write about for discussions on the podcast. So please check it out – all four episodes so far are available here on this site as well as on Apple, Google, and Stitcher Podcast apps.

But since it’s October, it’s time for another update on what I’ve been playing! There’s not as much this month – a majority of my gaming time was taken up by Spider-Man which I already wrote a full review for here. But what else did I play? Well I dabbled a little into Destiny 2 since it was free for PS+ users this month in hopes people would then get addicted enough to buy the new expansion. I also jumped back into Fortnite for a bit thanks to the new season 6 launching. On PC I played a lot more of Into the Breach and Audiosurfed for a little bit. And on Switch I finally tried out Breath of the Wild – a year and a half after the hype died down.

So what did I think about all these games? Let’s find out!

END_OF_DOCUMENT_TOKEN_TO_BE_REPLACED

As September is upon us and the great rush of big fall releases starts, I figured it would be a good time to sit down and talk about what I’ve been playing during the month of August. I think I’ll start doing this as a monthly effort at the beginning of each new month in order to talk about games I’ve been playing that I haven’t had a chance to do a full review for. It’ll allow me to talk about more games instead of having to dedicate a full review to every game.

So what have I been playing in August? Well after rebuilding my PC and upgrading it so it can handle more recent games I’ve booted up XCOM 2 and started messing around with mods for it – including the official Long War 2 mod. I’ve also been playing Into the Breach and I dipped my toes into the PC Overwatch pool – having been playing strictly on the PS4 for the last two years. On my Switch I’ve been occupied with the new roguelike Dead Cells, and on my 3DS I’ve been played the rerelease of the JRPG Radiant Historia. Finally on PS4 I’ve finally started playing Life in Strange after swearing I’d get around to it for a while.

That’s the summary – so now let’s go into a bit more detail!