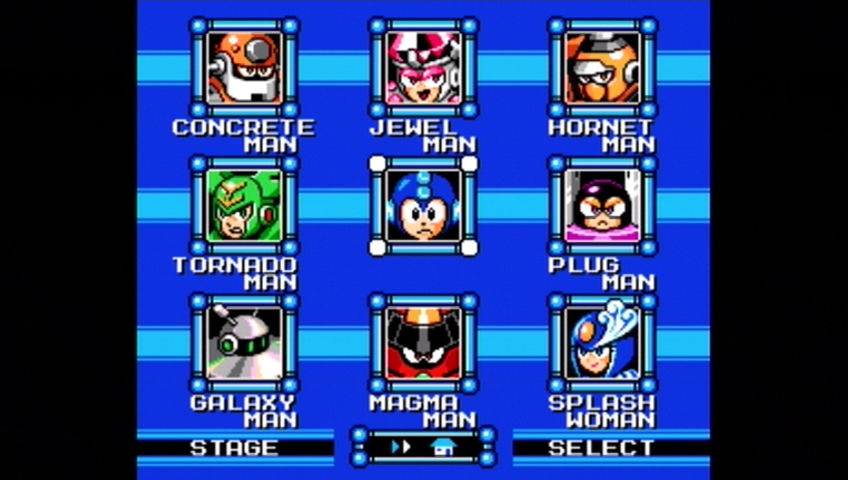 In 1996, Capcom released Mega Man 8 on the Playstation with updated, nice visuals and the game was not received well. So the mainline franchise laid dormant for over a decade until Capcom went back to their 8-bit roots and made a retro Mega Man 9 for the Wii/360/PS3 generation of consoles. At the time, Mega Man fans were ecstatic to see not only the Blue Bomber return to action but for the developers to have captured the original series’ look even with certain updates.

But on top of returning to retro roots, the game itself was very, very good. The music bopped like a Mega Man game should, the stages were fantastic, and the weapons were unique and actually useful to some degree. They also added fun things like trophies, challenges, and other odds and ends that modernized the game without sacrificing the old-school NES feel of the originals. And they included the first woman Robot Master!

Gun to my head, if you had to ask me my favorite video game franchise of all-time, I would have to decide between Mega Man and Final Fantasy. They’re the two biggest franchises that I grew up on and symbolize how my two favorite genres – platforming and RPGs – came to be. So for one of my all-time favorite franchises to sit and get dusty for over a decade of my prime game-playing years; well, it was heartbreaking. I was one of the many who was shouting and jumping for joy when Mega Man 9 was announced.

MM9, while not being my favorite Mega Man game, represents the idea of hope. That a long-dead dream can come back and knock your socks off: a game can give you everything you wanted out of a revival and not suck. That even though nostalgia plays a big role in how you think about your childhood, new variations on your childhood favorites can still capture and deliver the feelings of joy you had in the first place.

Honestly, it was probably the first time I heard the Tornado Man stage theme. It was released as a music sample before the game came out and when I listened to it I knew that the game was going to be quality. I mean, just listen to this banger of a stage theme. How can a game disappoint when it has music this good?

Yeah, maybe I was setting myself up for disappointment by being hyped for a game simply based off one music track. But it turned out I ended up loving the game too, so I think the hype was well worth it. And then when I heard the music for stage 1 of Wily’s Castle? Oh yeah. That’s the stuff. Mega Man music at its best is top-tier across video games, I tell you what.

This one was a hard one to put so low. But the truth of the matter is that while I love this game (and the series, which you’ll be seeing more of later, I promise you) to death, there are a lot of other games that I have an emotional connection to that this one is missing. And “it gave me hope that I could still get new, enjoyable Mega Man games” can only carry it so far in the list. Especially since Mega Man 11 came out two years ago and I’ve yet to hear anything about Mega Man 12 or Mega Man X9 *coughcoughCAPCOMPLEASEcough*