So if you haven’t been listening to the Make Me A Gamer podcast, you’ve been missing out on the fact that I’ve composed my top 100 games of the decade list – from 2010-2019. I’ve been doling out a few numbers here and there as part of our Countdown Cauldron segment and while I won’t be going over every number in the podcast, I did promise to write up companion pieces that outline all the games.

In the podcast we’re working through sets of 10. We started with 100-91 and in the most recent episode moved to the 81-90 set, which means now it’s time for me to release the first group of ten. I tried writing up my Top 100 games of All-Time a few years back and ended up burning out in the 60s, so I’m going to try and keep the descriptions a little more brief so I don’t fall into the same trap. I will note the ones that were discussed on the podcast (and link to the related episode) and keep those even briefer.

(Discussed on Make Me A Gamer Episode 58.)

A wonderful, unique detective game that requires actual logical deductions on the player’s part. Not all answers are spoon-fed to you and the game actually wants you to make guesses, use process of elimination, and really really think about possible solutions and relationships as you solve the mystery of the Obra Dinn. It would have surely ranked higher if I had actually completed the game, but even only having solved 12ish of the 60 deaths it had a lasting impact because of just how unique it was compared to everything else.

Trials is an ongoing series that is simple in mechanics and complex in execution. It’s a physics-based motorbike game that requires you to navigate harder and harder courses using just the gas, brake, and a little bit of finesse in jumping the bike over difficult terrain. Trials Evolution is my personal favorite of the series and the one I spent the most time trying to finish the impossible courses on. (I didn’t finish most of them, as they require zen-like patience if you’re as terrible at the game as I am.)

It’s also hilariously fun in multiplayer as the bailout option at the finish always results in some great endings (and some disappointing ones if you time it incorrectly). User-generated content was another boon in this particular version as there were some very creative levels that were entertaining to play. There were also ones that just caused headaches, but you win some you lose some. Trials Evolution is competent at what it sets out to do and I got plenty of enjoyment out of it, despite having a milder reaction to its followup Fusion.

Much like the best puzzle games (and the best mobile games) it’s simple to learn and extraordinarily hard to master. I remember shouting the first time I got a 768 block. It’s addictive without preying on microtransactions or gambling which makes it one of the best examples of mobile games done right in a decade where there were a lot of ones that went wrong. 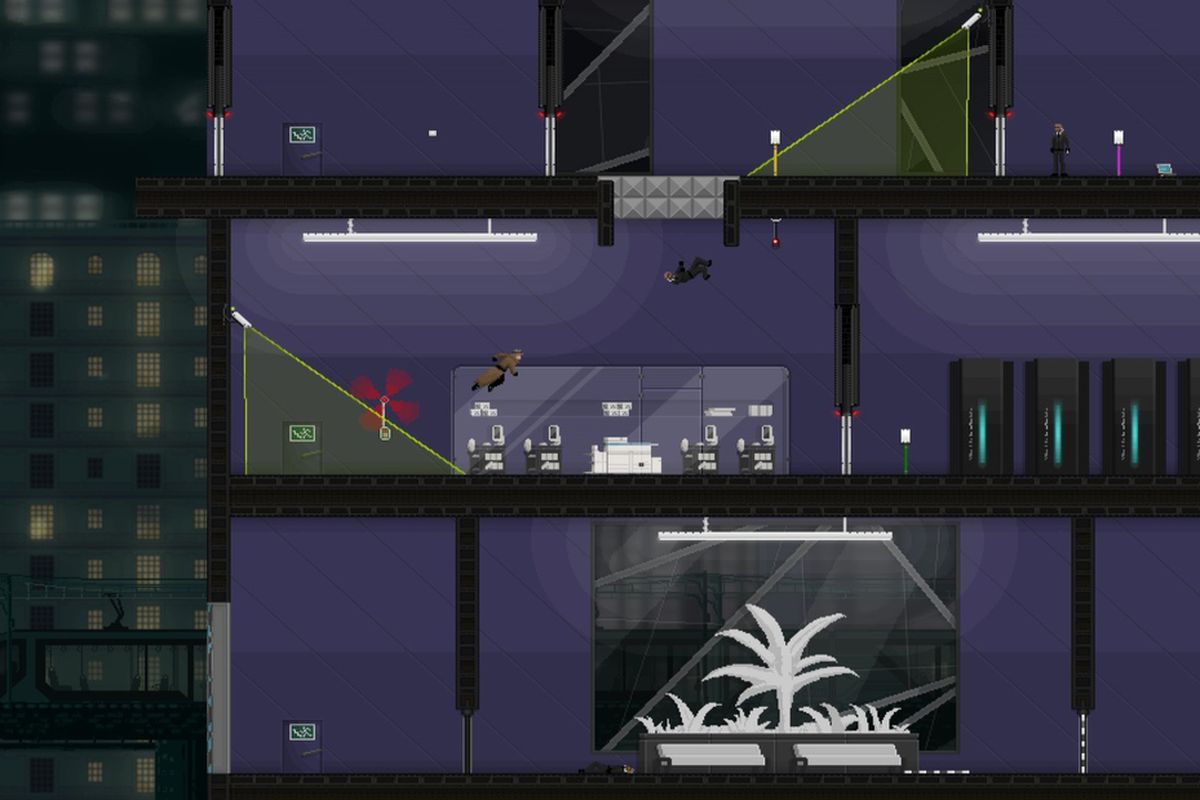 Billed as a stealth-based puzzle platformer, Gunpoint is a short little game where you play as a freelance spy who infiltrated buildings by messing with electrical connections to screw up cameras, doors, automated security, etc. A lot of the game is about staying hidden and tricking all the guards into vulnerable positions, as you yourself are a glass cannon and die in one shot.

It only took me a few hours to complete but remained one of my favorite indie games of 2013 when I played it. If you like planning complicated traps for unsuspecting guards and then executing your plan, only to have it go completely awry and instead you just tackle the guard out of a four-story window and kill him that way, then you really owe it to yourself to try this game.

I love From Software games, and Sekiro is the game of theirs I am most divisive on. On the one hand, I absolutely loved the stealth mechanics in the regular sections of the game and how fluid the combat felt. It was also the first game that I actually ever felt competent in using the parry system instead of just dodging. On the other hand, the resurrection mechanic and its effect on the world was not as interesting as I hoped and all the boss fights required you to memorize unique attack patterns to the point that if you messed up a parry rhythm, you died.

It was exhausting in both good and bad ways. Finishing the Guardian Ape boss fight was one of the most “FUCK YEAH” moments in gaming I’ve had since I beat Orphan of Kos in NG+ in Bloodborne. But each new boss that required me to learn all new movesets drained a little more out of me until I just said “no, I’m not doing this anymore, I’m done.” I wanted to love it, I wanted to finish it, but this is the first From game that I really felt needed a difficulty option. Still, it’s worth a top 100 mention and a look if you’re a masochist.

(Discussed on Make Me A Gamer Episode 58.)

Uncharted 3 was a game that I unintentionally ruined for myself. After loving Uncharted 2 so much, I indulged myself in every piece of Uncharted 3 media I could up until its release. As such, all the amazing setpieces I’d already seen and somehow it felt like I was playing a game for the second time – but it was my first time. Otherwise it’s a phenomenal action game that continues the Uncharted pedigree of fun, pulp adventure narratives. Sometimes I still wonder if I’d have liked it more if I’d gone in completely blind.

Later installments added a wingsuit and other abilities that made traversal around the exploding world even more fun, but they were also plagued with game-crashing bugs and framerate issues. Just Cause 2 was destruction perfection. If you were a player who wanted to rebel against a narrative-based open world game and embrace the chaos of just fucking with whatever you can, this game gave you that in spades. Unleash your inner demolition, man.

{Discussed on Make Me A Gamer Episode 56.)

Luigi’s Mansion 3 is just a pure joy to play. It’s cathartic to vacuum everything in a room up, the ghost bosses are fun and unique, and all the tools you need to solve puzzles are given to you near the beginning of the game. No skill trees, no RPG mechanics, nothing of the sort. Each floor adds some new dynamic or twist that makes you re-contextualize all the tools at your disposal, which is the sign of a wonderful puzzle game. Unfortunately I never completed it due to getting stuck at a boss, otherwise this adorable marvel would have probably placed higher.

While RE6 was probably the furthest the series strayed from its original survivor horror routes, it was still a fantastically fun experience for me. Designed to be played co-op with three separate campaigns to complete, me and my friend played through all three (sometimes very terribly) and laughter and good times were had by all due to the over-the-top ridiculousness of the action cut-scenes as well as the hilarity of some of the instant-death sequences when you fuck up a QTE.

I didn’t like RE5 at all because it was also designed with co-op in mind, and I played it single player. And it was bad. But getting the correct experience with RE6 was the main reason I still have fond memories of all the different characters in this game and the toils and tribulations they go through. There are also several neat cinematic sequences and I love that this game just went for embracing the cheesiness of what the series had become at that point.

The Scott Pilgrim video game came out at the same time as the movie, and the game was just as wonderful a treat. Up to 4 players could play in this classic beat-’em-up that really invoked the art style of the Scott Pilgrim comics. You fought through all 7 evil exes to an amazing soundtrack composed by Anamanaguchi and it was an absolute blast of a throwback to the retro style. It’s short, sweet, and to the point – it doesn’t overstay its welcome and stays true to the original story while keeping engaging gameplay.

Unfortunately it’s been delisted from stores so it’s unavailable to play now if you didn’t get it and download it while it was available. My copy is locked to my PS3 and I hope someday I can move it to another platform and be able to share this game with even more people. Even if you’re not a fan of Scott Pilgrim the game is worth a play. And if you are a fan and haven’t played, how dare you. Find a way and enjoy!

And that’s the first batch of ten. Be on the lookout for more podcast episodes and more articles throughout the year as we move further down my top 100! Thanks for reading!